Well things have decided which of the topics are presented and it is “cat.” My sister prior to me living with her, fostered sick kitty cats, but I am allergic, so she stopped, and now goes a Sunday every month to the Human Society where she works in the kitty nursery. She is a great gal indeed. A super sweet human, I am blessed to know, and call her my sister. But that is just a preamble to the post topic, cat.

Ever since I have lived here, I have chased all neighborhood cats out of the backyard, as I wanted the birds to feel safe. I feed them and so enjoy watching them play in the garden. I didn’t mean to be mean but they could hunt another garden. Well then a long haired black cat starts showing up more and more….I would chase him off and he would return to hunt. He started to ignore me and hang out in the yard anyway. even when I was present. As the months roll by, I start to notice he is looking thinner. I say to my sister, that black kitty seems to have lost weight and she says perhaps a neighbor moved away and he got left behind. We still don’t know. I haven’t gotten close enough to see if he/she has a tag. Nonetheless I say to my sister, “We need to start feeding and caring for this kitty?”  As if he is homeless now, we do not want him to be hungry. So from the moment we made that decision, I didn’t see him for like 5 days. Then I was panicked.  Put out food and water, and the food was gone but I hadn’t seen him. There are other cats, so I didn’t assume it was him.

Now he is on my mind and in my consciousness. I sent him reiki, and to the garden. Finally day before yesterday he shows up, still looking thin. I got the name Belshazzar, even though I had heard the name, I had to Google it.

Considering all the wonderfully mystical experiences I have had in the last months this is just more of the same.

From בֵּלְשַׁאצַּר (Belshatzzar), the Hebrew form of the Akkadian name Bel-sarra-usur meaning “BA’AL protect the king”. This was the name of the son of Nabonidus, the last king of the Babylonian Empire before it was conquered by the Persians in the 6th century BC. In the Old Testament Book of Daniel Belshazzar is the last king of Babylon who sees the mystical handwriting on the wall, which is interpreted by Daniel to portend the end of the empire.

I like the New Age metaphor and representation. the Last King of Babylon seeing the writing on the wall.

That could be interpreted in many ways I suppose. lol Anyways I also read this…

That he worshiped the Moon God, Sin….. Being as my name is Sindy, I thought that interesting. lol

Not calling myself the Moon God or anything…lol

So…..last night I come outside early evening the hot sun having just dipped beneath the horizon, so it was light but cooler, and here comes Belshazzar…. He has been all “Hunger Games” skittish hunter, and as I come out the back door, he freezes. If he is a she I should call him Katniss. Anyways he is frigid and anxious, I say to him, “It’s okay kitty, its okay. Don’t worry, its okay. Have some food.” He stops relaxes and listens, I sit down, as I had been watering the trees in the garden, it has been 108 degrees here the last several days, so I enjoy nourishing the plants and trees.

Belshazzar relaxes but is still a bit apprehensive. I go inside for something another, and I am inside for a few minutes, when I come back out I bring my computer, I think I will see if he responds to music? So I play Mangalam for him. He sits about 6 feet away under the tree and completely relaxes even putting his front paws and head down. We have a nice chat and I tell him not to worry about anything, that we will take care of him. I ask him please not to hunt the birds, that he was welcome to the lizards and insect. I have nothing against the lizards or insects, but he is a cat after all, he will hunt. So it was really quite magical. When my sister came home I told her, looks like we have a cat. 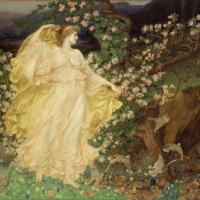 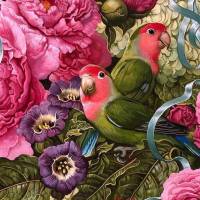