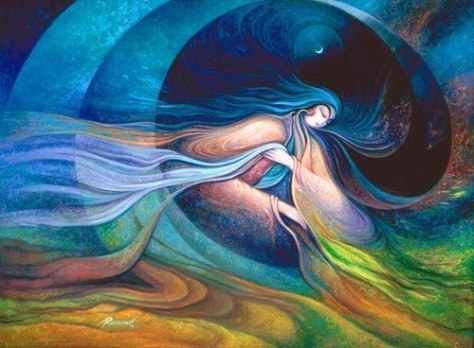 In looking for a post inspiration, since all my stored images are in my currently defunct computer, I read an article by Dirk Vander Ploeg of UFO Digest, it is a really well written enjoyable article. Here is an excerpt:

Valentine’s Day started in the time of the Roman Empire. In ancient Rome, February 14th was a holiday to honor Juno.2 Juno was the Queen of the Roman Gods and Goddesses. The Romans also knew her as the Goddess of women and marriage. The following day, February 15th, began the Feast of Lupercalia.

The lives of young boys and girls were strictly separate. However, one of the customs of the young people was name drawing. On the eve of the festival of Lupercalia the names of Roman girls were written on slips of paper and placed into jars. Each young man would draw a girl’s name from the jar and would then be partners for the duration of the festival with the girl whom he chose. Sometimes the pairing of the children lasted an entire year, and often, they would fall in love and would later marry.

I knew parts of this but not all. Dirk tells much more in the article. I have been studying Art History all week and really have part of my consciousness in the 14th century, I have such an imagination, when I am reading about Duccio, Raphael, Michelangelo, Giotto, it is really endless and damn those Italian Renaissance artist name are long. I digress, or when you are ready a great novel…you are bi-locating, splitting your consciousness. Although I am in the current world, I am also in their world in Florence, Venice and Pisa. The Renaissance artist moved to the Humanist philosophy and revisited the ancient cultures of the Greeks, and  Romans.

So the Goddess Juno is my inspiration today. I have posted before on my other blog regarding a message I received that felt tied to Olympus. I think there is something very real from those myths, or just like the ancient Vedas, something very real.

Queen of the Gods. Jupiter’s wife and sister, sister to Neptune and Pluto, daughter of Saturn, mother of Juventas, Mars, and Vulcan. Protectress of the Roman state. She was the guardian of the Empire’s finances and considered the Matron Goddess of all Rome. The Matronalia, her major festival is March 1-2. Her other festival, on July 7-8, was called Nonae Caprotinae (“The Nones of the Wild Fig”). The month of June was named after her.